Walking on the clouds: 4 days of parables, 30 minutes of sayings in 5 languages: An aikido seminar.

The 8th Blackbelt seminar just finished. There is still some luggage in the dojo waiting for their owners with flights from Cologne.  Other bags and their aikido owners, somewhat changed, are on their way back to their normal lives to at least 5 different cities in Germany, 4 cities in Spain, 3 cities in Austria, to Italy and to the Netherlands.

Even if I was told before this seminar that “This is my most important seminar” or “This is my main aikido happening”, then THIS seminar was best ever. The warmth of the presence of 50 gentle and humorous aikidokas still hangs in the air and the memory of

the last practise – by Pedro Hernandez: “Let uke do the attacking, not you…” – is so close.

And that is so close to the amazing Non-Talent Show last night hosted by Natalia. The prizes for the worst performance were never given out. The sounds from Irish bag-pipes played by Mario still echo in the memory, the absolutely beautiful guitar solos by Daniele that made you look towards heaven and to kick Pedro’s knee: “Are you listening?” and “Take all of Me” voice of Candela are easily recalled. The sight of 50 people singing around the grand piano where Jörg played with left hand in a sling is still imprinted in the retina.  Ollie perhaps exceeded the record of different sayings in different languages with a 30 minute performance. As there were no Swedes, the sayings in Swedish could have been deleted. They could be deleted anyway, I think.  ( I wonder what I’m writing…there are so good aikidokas in Sweden ). It depends on the ice-hockey quality. Stefan played an intro to the guitar pieces that have developed his music. Just when everyone started clapping, he changed the piece…

Next year the main focus of the seminar – the NTS – may have a 3 rules:

During the lessons there were some unforgettable koans, such as Luis’s: “When I speak of aikido, I feel that I am lying”. Or Fabio’s: ”When we talk about self-defence, what self are we talking about?”

Amongst the koans, stories, parables, or just some things the teachers couldn’t keep their mouths shut about, these were – possibly – the themes: Matti talked about a rubber duck in the bath tub; Margit about feeling 2 centers at the same time while elbows are hanging – and that was probably a necessity anyway, as she had an injured shoulder.  Fabio added parameters and variables – the idea being that one cannot control all variables, so adding more on purpose gets you out of your comfort zone. Luis tried to teach us how to do nothing.  As an attacker you realise at some point that something is wrong – there’s no reaction. Newtons’s 3rd doesn’t apply in aikido. Jörg opened the aikido-toolbox: kimusubi, tenkan, kuzushi. Like in a wrench-set, there are many different tenkans, and many directions where the bolt ( read:center ) can be turned. Or moved.  Doing kuzushi by force isn’t aikido.  One really didn’t notice that Jörg had 1 hand in a sling, and was using only the right hand.

There is a plan to organise Kimusubi Dojos’ Black Belt seminar 21-24. March 2019. The invitations will follow. 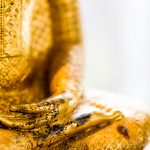